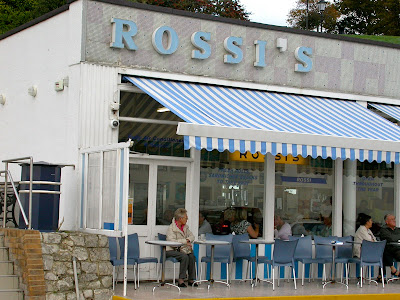 The famous Rossi's Ice Cream Parlour at Westcliff-on-Sea, Essex.
There had been no news regarding 'Rossi' the adult Ring-billed Gull since the middle of September but after receiving a tip off from a friendly, local birder that the transatlantic scarcity was still present we headed down to Southend during the afternoon.  We arrived at the gull's usual haunt near the ice cream parlour and began the search.  Initially only Black-headed Gulls were attracted to Snapper's sandwich scraps but soon afterwards several Mediterranean Gulls (adult & 2 first winter birds) flew in to feed too.
Luckily, a local then appeared further down the seafront and dumped a huge pile of bread and cake on the sea wall.  This soon brought in a few larger gulls including Herring Gull, Lesser Black-backed Gull, Common Gull and finally the returning adult Ring-billed Gull (285).  The bird showed well for a while before flying off down towards the pier to roost on the roof of the casino.  It was in this area that we enjoyed further views it along with another 5 adult Mediterranean Gulls.
Other sightings included a single Little Egret and 4 Dark-bellied Brent Geese. 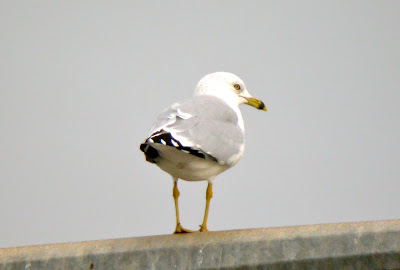 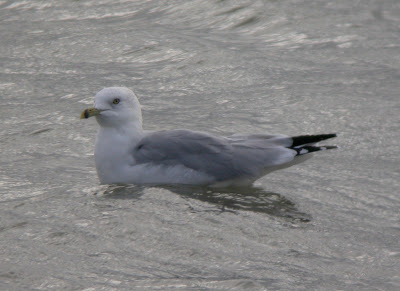 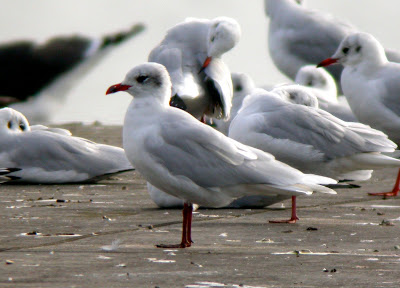 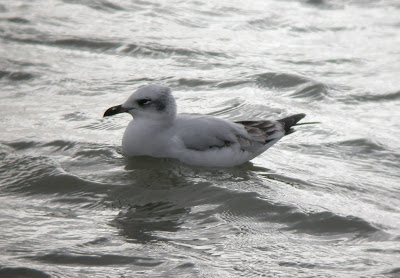