Whilst scouring Middleton Lakes RSPB for waders this evening I received a text from my old pal Tom Perrins saying that a Dotterel had been found at Whitemoor Haye earlier in the day but had only just been confirmed as such. Considering it was just a twenty minute drive away and the fact that it would only be my second sighting of this species in the West Midland region I knocked the pits on the head and made my way back to the car at pace. Upon arrival a glorious female Dotterel could be found feeding in its typical run and pause method in the middle of a vast potato field. This constituted my 24th different Dotterel in the past ten days after seeing a group of seven birds in Lincolnshire and an impressive trip of sixteen birds in North Norfolk. 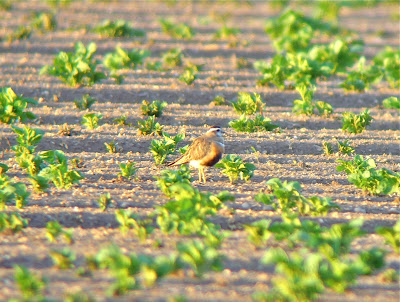 Dotterel (female) - Whitemoor Haye, Staffordshire - May 2011
This individual was greatly received by many Staffordshire birders as it was the first twitchable bird in nearly ten years. The last lingering sighting in the County was way back in April 2002 when a group of four birds spent a couple of days on moorland east of Leek.
Posted by archiesbirding.blog at 22:40 No comments: 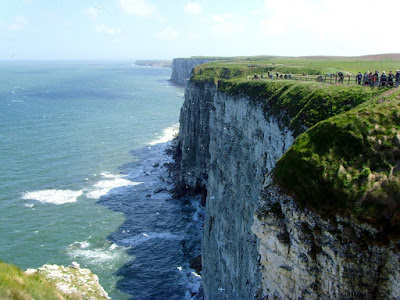 The mighty 350 foot tall, chalk cliffs of Bempton RSPB
It is always a treat to visit this spectacular seabird colony during the Spring and Summer seasons. Why stare out over the ocean in order to catch a brief glimpse of a fast moving auk when you can visit this excellent reserve and become an integral part of the community of 200,000 maritime marvels? Despite visiting on a busy Bank Holiday Monday, there was still plenty of space to view the action at point blank range. The experience is sure to stimulate all of your senses, including your sense of smell and you will be sure to come back for more year after year. This was in fact the earliest I have ever visited, so instead of the usual chick feeding frenzy witnessed during previous visits, I was privileged to experience a whole new show including courting couples, territory disputes and nest construction. 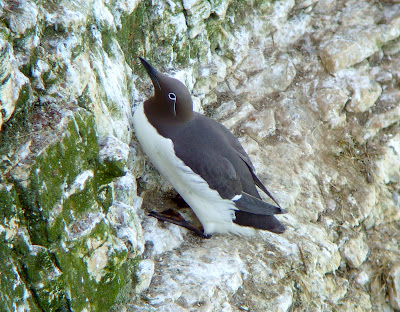 A 'bridled' Common Guillemot clings to its chalky ledge. Just 2% of guillemots of this type breed at Bempton however the form gets progressively more common the further north you go in Europe. Up in Iceland this phenotype accounts for nearly 50% of the breeding population. It is still pretty much unknown why the species would evolve in such a way. 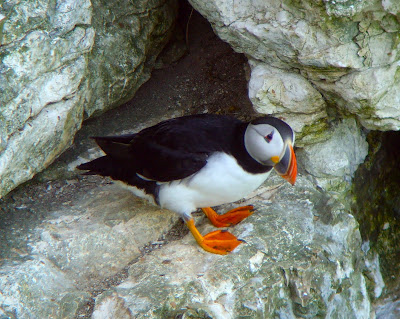 You have to be lucky to spot an Atlantic Puffin this close at Bempton as most of them will be either out of sight on the inaccessible cliff tops out loafing around on the sea below. This individual could be found popping in and out of the small cave (the area behind the bird) that he had managed to find. He did not really seem too impressed with it as a potential breeding site though. 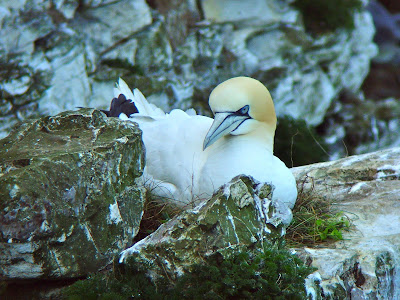 The numbers of Northern Gannet (above) are steadily increasing at this colony, so much so that there are concerns they may have a detrimental effect on the breeding success of the other smaller seabirds. It was great fun watching this species clumsily landing on the cliff tops and ripping out huge clumps of dry grass to line their nests with. 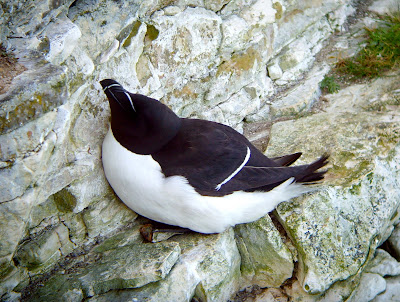 Razorbills (above) breed in much smaller numbers in Britain than the Common Guillemot. The latest estimates suggest that whilst there are just 188,000 pairs of Razorbill breeding, there are an astonishing 1.4 million pairs of Common Guillemot raising families around the British coastline. In fact the Razorbill is a much scarcer breeder than even the Atlantic Puffin that has around 580,000 pairs breeding nationwide. 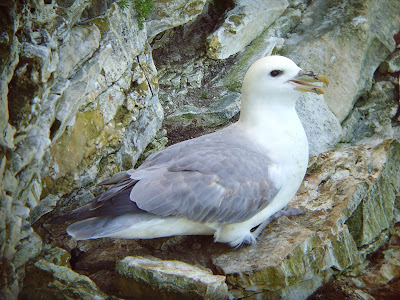 The Northern Fulmar (above) is a seabird that has expanded its breeding range substantially over the last century. This is probably due to the species flexibility in altering its feeding behaviour. It is known to take advantage of large commercial fishing fleets. There are now thought to be around 500,000 breeding pairs in Britain. 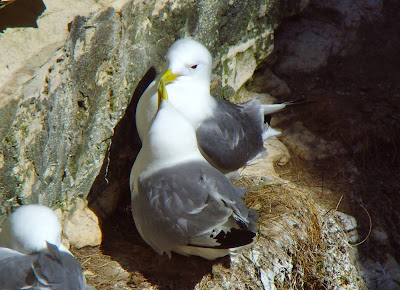 The Kittiwake (above) is by far the most vocal species at Bempton. During the visit there were many pairs indulging in their gentle act of courtship as well as staking claims for the prime nest sites. It was also great to see a continual stream of birds descending on Flamborough North Landing nearby in order to collect seaweed for their nests (see below). Interestingly out of the many thousands of Kittiwakes I saw that afternoon, only two individuals were first summer birds which tend to continue their lives out at sea until they reach maturity. 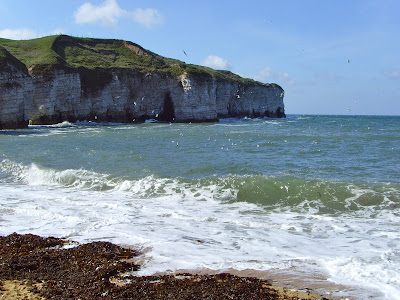 As well as the seabird spectacle this reserve is also home to a thriving population of Tree Sparrows. Many birds were found feeding along the cliff tops and around the adjacent farmland. In addition a couple of Corn Buntings were also singing. Other species of note included the odd Shag, a small quantity of feral Rock Dove and a single Northern Wheatear.
For a one off parking fee of £3.50 (free to RSPB members) you could see all of this for yourself. I would definitely recommend a visit over the next few months.
Posted by archiesbirding.blog at 13:09 1 comment:

The highlight down at Drayton Bassett Pits this morning was a glorious male Whinchat, a fresh arrival from its wintering grounds in sub-Saharan Africa. The handsome bird showed well until early afternoon when it was unfortunately flushed by a couple of dog-walkers. Around the pits the Wood Sandpiper from yesterday was still present as was the Ruff and the Turnstone. Other wading birds included 6 Ringed Plover, 6 Little Ringed Plover, 4 Common Redshank, 2 Common Sandpiper and 2 Dunlin. Overhead a flock of 40 Common Swift congregated at one point before dispersing over the pits. A Cuckoo was also heard despite the blustery conditions. 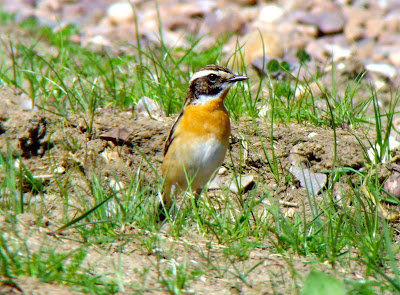 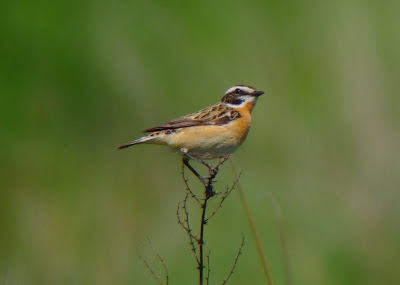 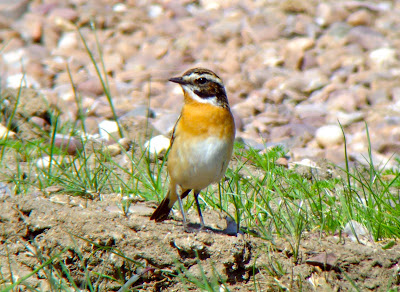